“It is a great profession. There is the fascination of watching a figment of the imagination emerge through the aid of science to a plan on paper. Then it moves to realization in stone or metal or energy. Then it brings jobs and homes to men. Then it elevates the standards of living and adds to the comforts of life. That is the engineer’s high privilege.

The great liability of the engineer compared to men of other professions is that his works are out in the open where all can see them. His acts, step by step, are in hard substance. He cannot bury his mistakes in the grave like the doctors. He cannot argue them into thin air or blame the judge like the lawyers. He cannot, like the architects, cover his failures with trees and vines. He cannot, like the politicians, screen his shortcomings by blaming his opponents and hope the people will forget. The engineer simply cannot deny he did it. If his works do not work, he is damned…

On the other hand, unlike the doctor his is not a life among the weak. Unlike the soldier, destruction is not his purpose. Unlike the lawyer, quarrels are not his daily bread. To the engineer falls the job of clothing the bare bones of science with life, comfort, and hope. No doubt as years go by the people forget which engineer did it, even if they ever knew. Or some politician puts his name on it. Or they credit it to some promoter who used other people’s money . . . But the engineer himself looks back at the unending stream of goodness which flows from his successes with satisfactions that few professions may know. And the verdict of his fellow professionals is all the accolade he wants.”

I snapped this photo the moment before I wrote the first line of code for Immersive. I was on an extended month long vacation with friends in Kauai, Hawaii. The trip was a celebration of life for my good late friend Ed Bortolini. We were staying on Poipu Beach and enjoyed everything from helicopter rides, scuba diving, surfing, kayaking, great dinning, and even backpacked the Kalalau trail.

I started with a programming language I didn’t know, using a framework I had never heard of, solving a problem I had never thought about in an industry I knew nothing about. My only motivation was to create something new. Oh… and I did it for free with no binding contract. Immersive’s code base still uses much of this code today and demos of it working are now plastered all over the internet. A mere 9 months later Immersive has generated a lot of press and obtained several clients. See below for just a small fraction of the coverage. E ho’a’o no i pau kuhihewa!

I ran across a blog post from a former professor in grad school titled “a reminder for managers and leaders” and contained just the following picture. 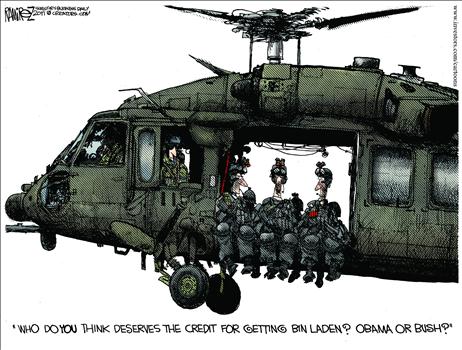 I’ve been both a leader and a follower on many teams and have always been surprised when the manager takes credit for the teams success. The team spent months of there life solving the problem, designing the solution, and doing all the grunt work to actually make it happen and the manager ends up taking the credit? In these scenarios, I guarantee the team will not execute nearly as well the next go around. As a manager, it is a fundamental mistake to take credit for the collective actions of your team.

What can a great leader/manager always take full credit for? Failure.